Self Storage in Fontana, CA

Nestled in the San Bernardino Mountains, Fontana is a desirable community that maintains its small town feel despite its growing size. And by growing, we mean growing fast. In fact, between 2000 and 2012, the city grew by 52% and currently has a population of more than 210,000. The appeal of Fontana is easy to understand. In 2010 it was named one of the best cities for young people by America’s Promise Alliance and ING. In 2014, it was named one of the top 20 safest cities by Business Insider and in 2017 it was named the second strongest city financially by the Fiscal Times. With that growing number of residents comes an increased need for extra space. That’s where the self storage industry comes in.

So what are Fontana residents storing? One need that self storage can fill is the need for commercial storage. Boasting one of the lowest unemployment rates in the country, Fontana residents find employment with places like Kaiser Permanente and in distribution centers. Because Fontana sits at the convergence of three major interstates and has a Union Pacific Railroad presence, it’s a huge industrial hub for distribution centers, which are basically big commercial storage facilities. If your business needs storage on a smaller scale, self storage can help. Just think of your storage unit as your own mini distribution center.

Commercial storage aside, Fontana residents aren’t all work and no play. The city is home to the fastest half marathon in the world, the largest library space in the county and the Auto Club Speedway, which hosts NASCAR racing. And if you need to grab your travel essentials from your storage unit and head out for an adventure, you can easily find it without driving far. Disneyland, Big Bear Lake and exciting Los Angeles are all less than 50 miles away from Fontana. Your friendly storage facility will be available to help you store all of your road trip mementos when you get back.

California may be known for sunshine, beaches and year-round summer, but among the military community, it’s known as a training ground for the troops. Fontana, for example, is rich with military history. The Norton Air Force Base in nearby San Bernardino may have closed more than 20 years ago, but you can still visit the Norton Air Force Base Museum, which preserves the history of the place. In addition to being a source of military history, the museum also hosts events for veterans and Norton Air Force Base alumni, which is something you’ll definitely want to keep in mind if you’re an active duty soldier or military veteran living in Fontana.

Because of the area’s military history, Fontana businesses understand the unique needs of military members. The self storage industry is no exception. Renting a storage unit is often a necessity for military men and women, who deal with travel, relocation, deployment and unpredictable schedules. A storage unit can ease the stress of a military move. Let’s say you just moved to Fontana to work at the local US Army Recruiting Office or one of several National Guard stations in the area. Even though the cost of living in Fontana is affordable when compared to major California cities, it might still be more expensive than wherever you moved from. If you’re forced to live in a smaller home or share an apartment for this reason, a storage unit can provide you with a place to keep your extra belongings.

If you’re a Fontana local preparing for a temporary military move to the Naval Base in San Diego or the Marine Corps Air Ground Combat Center in Twentynine Palms, consider renting a storage unit in Fontana so that you don’t have to take everything with you. And while you’re in Fontana, don’t forget to use your military ID to get a discount on everything from NASCAR tickets to food, lodging and of course, self storage.

One of the best things about Fontana’s central location is easy access to everything that’s great about living in southern California. About 48,000 vehicles pass through Fontana a day, and many of those vehicles are carrying students seeking an education in the Golden State. If you’re one of those students, you’re probably struggling with closet space in your dorm or shared apartment. Renting a storage unit in Fontana can be the ideal solution to your problem. Whether you’re looking for summer storage, a place to keep your stuff while you’re studying abroad or just a solution to that dorm room closet that’s bursting at the seams, a storage unit is the answer.

While Fontana’s own Westech College may have closed in 2017, there are still other universities in the area. Thanks to Fontana’s convenient location, it’s possible to commute to a school nearby or attend class at a campus that’s a little further away without having to sacrifice returning home on the weekend.

The closest campus to Fontana is Argosy University, Inland Empire. This school, located in Ontario, California, is just 10 miles from Fontana. The school focuses on evening, weekend and online classes, so if you plan to enroll, you should plan to reside (and use self storage) in Fontana. For students interested in pursuing nursing as a career, there’s West Coast University’s Ontario campus, just 11 miles from Fontana. This is another school that is easy to commute to, so there’s no need to seek self storage far from home. If you’re interested in attending one of the many schools in Los Angeles or San Diego, you can save a lot of money by putting your extra belongings in a storage unit in Fontana and heading to college with only the essentials. You won’t have to pay those expensive big city self storage prices, and your roommate will thank you for not hogging the closet.

Kure it & Charity Storage
Pam Domingue | April 13, 2017 @ 12:00 AM
Our Storage Solution facilities are certified Charity Storage DropOff points. We designate vacant storage units at our facilities for community members to leave (tax-deductible!) donations. After we fill the unit with goods from area businesses and residents, the unit is auctioned off to the highest bidder, with proceeds going toward our favorite charity, Kure It Cancer Research.

“Alexis is a great manager and hardworkling-she explains everything.”

“I would "Highly" recommend "Storage Solution" to anyone looking for a safe, reliable, clean place to store your items. I have used this facility twice already and would keep coming back if I need to store my items again. I especially appreciate the service I received from Victor Arriero, Facility Manager. I had a thousand and one questions for him and he listened to every one and took his time to answer them. If you ever need a good facility, please use "Storage Solution" you will have no regrets..”

“I was scrambling around to find a location to store my goods in Fontana, CA. I called several facilities in the area and none could accommodate me . I finally called Storage Solution and found a unit that fit my needs. I needed the following amenities: semi-trailer access, ground floor unit, convenient access times, and a secured property. This location has it all. I appreciated the prompt and great customer service I received by the facility manager. I highly recommend this storage facility..”

“They are very professional as well as friendly. They are also very understanding during hardships and will work with you if keep clear communication. The staff is friendly and very polite. I have had my storage here for more than 6 months and i love it. I haven't had one problem yet. I feel that my belongings are in a safe place . Only people with storage can access inside also the place is always well lit. It is near other businesses such as Vive Villa, Walmart, Carter's liquor store. I feel very safe with my stuff being here they even have locks available in case if you need them as well as boxes. They even have hand carts to help you when you are putting things into your storage. .”

“I've already been having one of those day's uhaul had a flat tire it had be returned on time.to top it off I had be somewhere my time was crunched. Thank God 1st and for putting such a wonderful helpful woman who's name is sandra .she said she was new couldn't tell she had me in and out in NO timeeverything work out well.thank you sandra continue to keep up the good work because now and days it's hard to find people with integrity and are willing to go extra mile for customers.thank you..”

“I have been telling my family and friends of mine about storage solutions and how really greater the staff are and alot more nicer and friendlier than most places are and alot more safer and security is here than anyother places are not and now me and my brother and my lady can finally get to have plenty of sleep everynight knowing just how much more our storage units of everyones and ours is way way alot more safer now that we have moved all our stuffs on over to be so much more protected and from anyone ever be braking into our units at all and thats why we are 100% alot more happier now that we are renting with you and we give you and your team 2 thumbs up to all the office staff members your an awsome team and we thank you so very very much for everything you and your team are all doing you all are so awsome and again WE THANK YOU SO VERY MUCH FROM THE JONES FAMILY..”

“I had the need for a storage unit yesterday and contacted this company and the lady that took care of me was prompt an knowledgeable about my needs send....”

“Stopped by this location a few days ago because I needed some moving supplies, I ended up getting some boxes. There were two girls working in the office....”

“This storage facility had continuously raised prices. In addition, they started adding late charges as soon as possible. When they have made an error, it is....”

Free Lock with Move In! 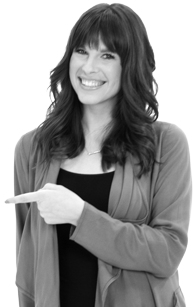